The paradox of competence and confidence 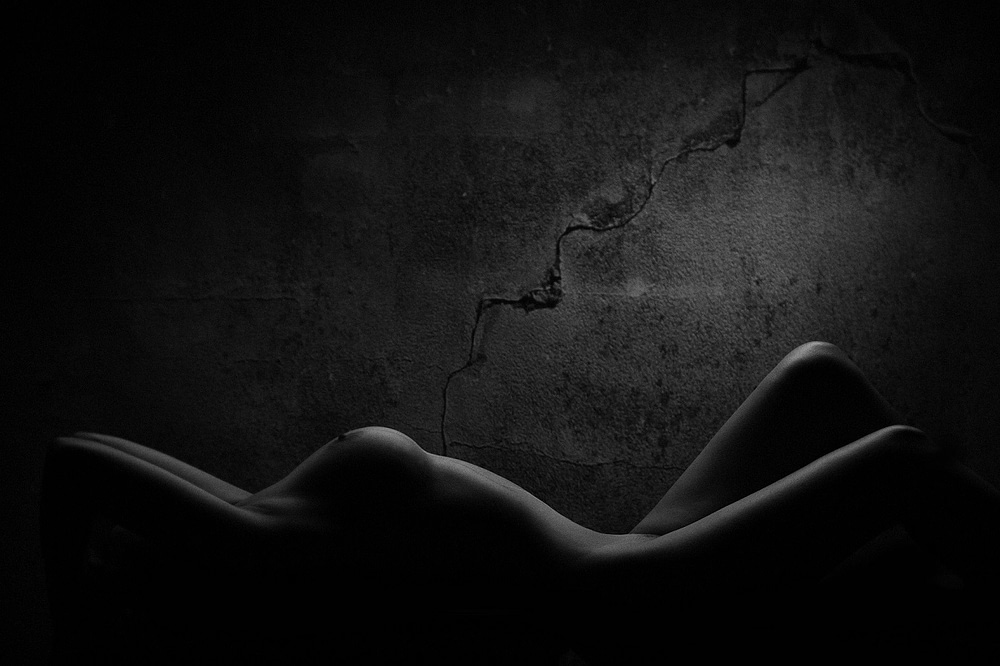 This is a staple of human wisdom, from Socrates to contemporary humorists: the less one knows about something, the more it seems simple, easy-to-understand, and the more confident one appears... Ignorant people are the most certain of being right - and the most overbearing.

Pick a field in which you have studied and practiced for a long time – be it a job, a sport, a relationship, a hobby, or a social or political issue. Have you ever had someone stating how easily you could solve the problem, how simple is the matter subject ? Or even, dismiss all your experience and effort? Like, talking about athletics: “well, they are just running around in circles, any fool can run”. Have you not had a plethora of (useless) spontaneous advice from someone who didn’t know jack about the issue ?

The  tragedy is that those who don’t understand the problem are usually the ones who think there is nothing to learn, so they will not try to improve their knowledge and understanding.

Sexuality is the same. The worst lovers are usually the most confident about their sexual prowess. They think they know everything, because they don’t even know there is something to learn.

Socrates, the founder of western philosophy, would always say he knew nothing. The Oracle of Delphi told him that the one most knowledgeable person in Greece was Socrates himself. Because knowing that your knowledge is insignificant is the most important (and rare) knowledge of all.

Here is, according to me, the progression of one’s understanding and competence in any given subject:

“I don’t know that I don’t know”. Those who know nothing, usually don’t even know there is something to know. And that allows for the maximum level of confidence.

They have a simplistic view of the subject matter. There is nothing to learn, nothing to investigate. There is only a few simple decisions to make - and the ignorant volunteers to make them, advise, and judge those who are facing the problems.

“Any problem, no matter how complicated, has a simple, easy-to-understand, WRONG solution” (Arthur Bloch’s take on a famous Mark Twain quote)

The ignorant tend to disregard the efforts of those who specialize in the field (if it’s easy, success is not an achievement), and to despise those who try and fail. They tend to dismiss any criticism of their viewpoint, any nuance (there is only one solution), and to despise or oppose anyone thinking differently.

This is usually very apparent in politics and societal matters: people who never encountered an issue will despise those who deal with that issue. It is also the case of "borrowed knowledge" (I know one person who is an expert, and therefore any other viewpoint on the topic is a lie)

2. Knowing that I don’t know... the moment of maximum timidity

When one discovers that there is something to know, competence and skills to develop, the first realization is that one was foolish and ignorant.

We discover the extent of the subject matter, and are overwhelmed by all the things we have to learn to even begin with the subject. This is reinforced by the guilt of having been so blind.

When I was a kid, I used to think athletics was just people running around the field. When I discovered that there is breath management, muscle building, mental game... I felt overwhelmed.

This is also the moment of choice: either I choose to go for it and learn, or accept that I have no authority whatsoever and I hold my peace about it.

In sexuality, it is a moment of dread. Because, it is so important to one’s identity! And, where are you going to learn? Who to trust? Those who can advise or inform are as varied as they are hard to find, information is obfuscated under the plethora of P&P (Puritanism and Porn). And there is a lot of stupid knowledge (misinformation) and ideology to get through. Most people try on they own, with intuition, trial and error, to find their way to satisfy and give love and pleasure to their partners. In fact, it was the way I first learned. Learning on your own is not a fast process, which can be frustrating; but much better than relying on political (P&P) sources.

My advice: most women know that most men are ignorant and confident (category #1). Like Socrates in Delphi, just stating that you know nothing places you above their level. There is little difference in approach between an expert and a wise (socratic) beginner : treat your partner with curiosity, care, and above all, dialogue and empathy.  Here is an article on how to do this dialogue.

When you start to know a few things, to master a few skills, to accumulate knowledge, you feel that you understand the depth of the subject.

The first reflex is to feel pride. "Now I am an expert. I know things that most people don’t. I understand this subject".

Sometimes, this pride comes with a certain amount of prejudice or resentment towards those who know nothing and think with certainty that it is simple. I may feel contempt for all those who don’t understand that this is a field for expertise, and that it does need effort, talent, competence to even understand what this field means. Or I may feel enthusiastic about my newfound knowledge and want to share it with everyone around me, without regard for how much they care about it...

the case of unconscious competence (I don't know that I know) and the illusion of virtue.

On some subjects, we learn without being aware of it. This is the case of skills that we assimilate through culture, or sometimes in "game" situations (activities that we do for their own sake). These are skills where we have learned without realising that there is formal knowledge associated with them, and training. We are so used to performing them, that we feel it is "natural" (from the age of 3 weeks, no human behaviour is natural). And we don't understand people who don't do what we do.

This leads to a very peculiar phenomenon, where we are not aware that we have a skill, and we judge people who don't have it very harshly - we assume that those who don't perform are stupid, or unwilling; when it's simply that they haven't learned, or haven't been able to master the subject. These unconscious skills are often:

These skills, which seem innate to us, make us react in the same way as to subjects we know nothing about: we are certain that there is "only one right method", and we judge others with contempt. How to distinguish between them? In general, on the "unconscious skills", we can observe actual results. If I make money doing something, I have a skill in that area. If my friends often call on me about something, I have a skill. If I succeed in what I have decided, I have probably learned something. If, on the other hand, I think that what my neighbour does is easy, without ever having tried it, then I have not become aware of the necessary skills...
It can be useful to be aware of these unconscious skills for three reasons:

It can be a long process to evaluate how difficult it is for others to learn what may seem"natural" to oneself. I used to be that way about sexuality for many years. I knew how to give orgasms to the women I loved, and I had only compassion for women and contempt for men who couldn’t do it.

Also, once we have realised it is a skill set, we can try and improve, and become a true expert.

4. Getting deeper, and the impostor syndrome

When someone is passionate about something, they try and deepen their knowledge. And, after a while, they realize how vast the subject can be. They discover that many books and schools have existed, many experts, and a lifetime is not enough to absorb the vast knowledge that already exists.

One also discovers that there is not one only way to see the issues, to solve the same problem, that some solutions that work most times don’t work all the time, that some experts excel at one aspect of the field, but not all. The skills for sprint running are not the same as for endurance running. There are many was to train and succeed in either.

Then, you become an advanced student of your chosen field of knowledge. This is the period when you spend the most time listening rather than talking (you have learned to learn). This is also the time when the impostor syndrome arises - who am I compared to this or that teacher, who has so much more wisdom and years of study!

Those are the ones who will speak of their knowledge with nuance, questions, a mix of humility and knowledge – and a will to seek more. Those also are the ones that achieve maximum expertise. They will study their chosen subject and improve continuously, often without bragging, because they know that their competence is but a fragment of the possible expertise.

When one realizes that even the best experts are also limited in the amount of knowledge they can get, one can choose to be confident. It is a choice. “I am knowledgeable in sprint running. I practice. I can give you advice if you want. I know that there are other experts. They can teach you things that I can’t.”

When you have reached that moment, you often don’t see other experts as competitors, but as models who can teach to you, and fellow students who can learn from you. You all have a partial knowledge of your subject, and each of you is on their own path to expand your knowledge and expertise.

And now, you can consider contributing to the expansion of knowledge, with your unique input. You know your contribution will be insignificant compared to the vast array of human knowledge, but you know your experience can benefit others in their journey inside the matter you study.

This is wise, serene confidence.

But it is fleeting. You will always oscillate between this stage and the previous two : sometimes, you will be assertive and positive – whether tight or wrong – and sometimes you will be overwhelmed by the extent of your ignorance. Sometimes you will stumble upon a problem you can’t solve, a knowledge you don’t know, or a solution that inexplicably doesn’t work.

There is no end to this course of knowledge accumulation, the questioning of one’s competence, and the uncertainty that comes with discovering an area of expertise.

In general, if someone seems very certain and argues without nuance... there is a good chance that they are ignorant. Telling them that there is a lot more complexity than they think might sway them into seeking knowledge. If not, take this advice attributed to Mark Twain: “Never argue with a fool, onlookers may not be able to tell the difference.”

Fill out the form below to become a part of the community!

All Participants must be 18 years or older to join.

*We hate spam as much as you do. Your information will never be shared with any other party. You will receive our newsletter and nothing else.