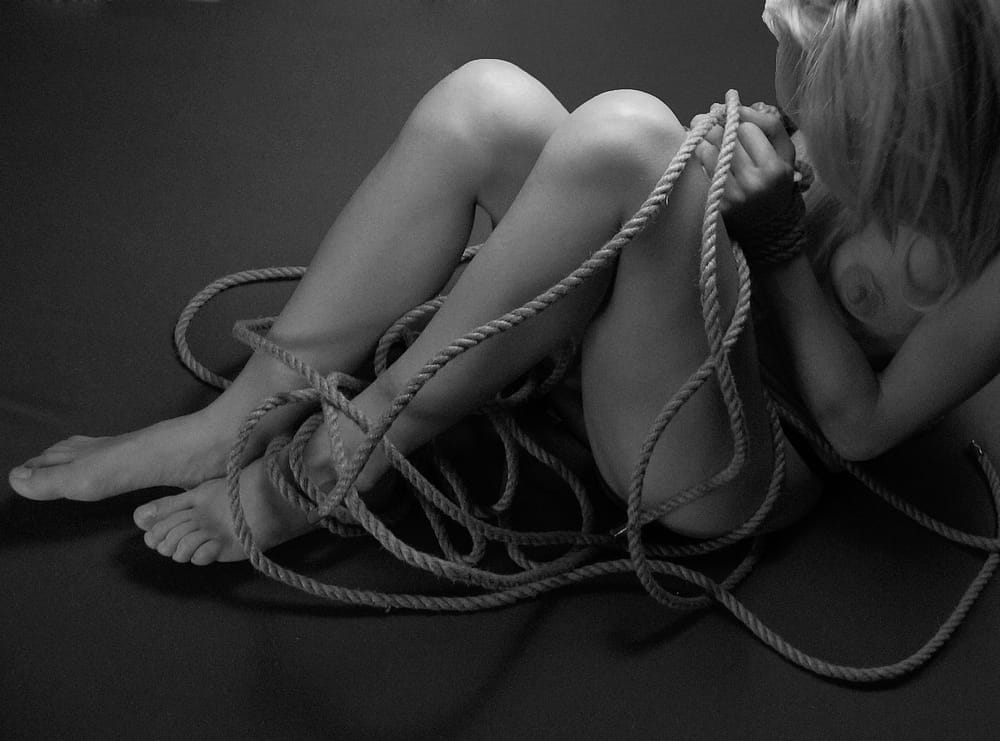 A few days ago, in a group discussion on social media, I came across a discussion about a man feeling abandoned in a sexless marriage. Unfortunately, not an unusual situation, and one that my work may help averting.

What was less usual, was that a woman came forward with an idea that I had never heard mentioned: she spoke of how our society accepts as a “reality”, that “penetrative sex is not satisfying for women”, and that belief is harmful to couples and love and sexual pleasure.

I had never thought of it that way. And, she is right.

Women have been fighting, rightfully so, for their right to have sexual pleasure. The discoveries about the clitoris are immensely useful in that matter (and it’s a testimony to the power of patriarchy that the clitoris’ anatomy was not studied until 1998). And, indeed, a great part of clitoral stimulation is better created with a tongue or fingers. And these discoveries of clitoral stimulation and orgasm have given many women access to some pleasure and orgasms that they didn’t have previously.

1. What science says, and why.

The statistic says that “70% of women can only ever experienced orgasm through clitoral stimulation”, not vaginal penetration. I have no doubt that it is based on true observations. Indeed, very few women have experienced internal, penetrative orgasms, not to mention what I call a “true orgasm”.

Discovering that the clitoris’s body is stimulated during coitus, and is probably the source of most “vaginal” orgasms (as much as science has been able to observe), is indeed a good thing – better understanding is always good anyway. It also points out one more way in which how female genital mutilation is horrible.

But, the conclusion that all orgasms are clitoral, has been instrumental in so many people accepting the idea that penetration cannot give orgasms to women. Which in turn has been used as a way to explain why intercourse with men was so grim and boring for so many women. It may give the impression that heterosexual men have no room to improve and learn – if it can’t be done, what’s the point in trying to improve?

But sex is not a binary issue. As all language, it depends on skill, effort, and empathy! Learning, making your best for your partner, and listening to their cues. But since science and statistics cannot judge your skills, even less your empathy, they can only take note that 70% of women who experience clitoral orgasm do not experience coitus as orgasmic.

2. My experimental truth about vaginal orgasms

Yes, indeed, “Jackhammering” a vagina, with little to no preparation, and no regard for its internal state, will seldom (if ever) give pleasure to a woman. And, indeed, very few men have, even an inkling, as to how to truly create pleasure and orgasm!

The thing is, if someone believes that those 70% of women cannot, and will never experience vaginal orgasm, they are accepting that there is no way to improve, to do things differently for a different result!

This reasoning is harmful. Because it prevents people from improving their sex life, because it condones bad sex, because it is the first step to sexless relationships.

But it is also harmful in a more pernicious way. Because in that mind frame, penetration is accepted as a unilateral act, where a man uses a woman’s body as a sex toy (which is horrible from a human point of view!). Sex will become like an economical exchange, where each in turn will concede being used by their partner for selfish pleasure? Each in turn will be doing “not pleasurable” things for their partner’s satisfaction? That is so sad!

And in turn, such a situation will result in poor quality of intimacy in their sex life.

I have never met a woman who was unable to experience pleasure and orgasm through vaginal penetration. However, I have met many who had never actually had the experience, because their previous partners had not been knowledgeable enough, or patient enough – not to mention those who had suffered pain because their partners had rushed penetration when the vagina was not yet receptive. And, I have met many, who could not access their pleasure receptors because of trauma, and needed some healing. Sometimes, it took months of repair work, because sexual trauma can be physical, psychological, or both – most often, both, and in the latter case, each part is instrumental in maintaining the other one.  This healing should not be done by the partner in the couple, but by professional therapies (sex therapists etc.), but indeed the way the genitals are touched within the couple is crucial to help this healing.

You need to be able to accept the possibility that something will be pleasant in order to let go and experience orgasm. Therefore, for many women, achieving vaginal orgasm may be difficult, and require time or even healing. The more your body has experienced pain and trauma, the less likely it is that you will let yourself be vulnerable, and completely concentrate on enjoying the experience. Which is necessary for achieving a true orgasm.

However, if a woman knows that sexual intercourse will be enjoyable, and knows that her partner will give her orgasms, she WILL be willing to partake in sexual activities with him (or her...). So, yes, it may take some time and effort (but the effort is so pleasant!) to create a true orgasmic sexual complicity, but it IS the guarantee for continued expression of love and intimacy through sexuality, and bodily togetherness.

Well, this frantic stimulation will likely cause pain (just like rubbing a penis glans ruthlessly). But it causes stimulation, too. And eventually, the stimulation will create a small “orgasm” - a “rushed orgasm” (those that are not really satisfying, and that require a very still “cool-down”, just like ejaculation).

There are solutions to this, however. They take time and effort, though not as much as substance addiction. If you have a clitoris, and you feel that you are in this case of lowered sensitivity, there are some clues and techniques. But it would probably take more than just a blog article. It is a sort of re-education of your body and nervous system. It will take time and practice, but it can be done.